Throughout his short life, Gerard Manley Hopkins wrote occasional poems. Some were late apologies for missing a sister’s birthday. Others were designed to be presented to his Jesuit community, such as a playful description of a superior. And many were written to commemorate the liturgical season. During the Lent of 1866, he wrote the poem, “Nondum.” Since it’s Ash Wednesday, I thought we would take a look at the poem together and start the day with Hopkins as a guide.

Meaning “not yet” in Latin, the title brings us to an important dynamic in liturgical time: the idea of “here-but-not-yet.” There’s always something incomplete about a ritual experience. This is especially true in a messianic and eschatological religion like Christianity that looks backward to imagine its own future. Seeing past events as applicable to the present and suggestive of the future is embedded in the liturgical language of many different churches, especially those that use the genre of collects (read more about collects as a genre here and here). In a collect, a divinity is invoked as the community remembers a past promise or event that is followed by a petition based on the event.

Hopkins links that temporal dynamic with divine absence in the epigraph that follows the title:

‘Verily Thou art a God that hidest Thyself.’ -Isaiah xlv. 15

The divinity who is so present in the genre of a ritual prayer is hidden in this use of Hebrew Scriptures. The same backward-looking mode of Christian messianism that looks to the past to understand the present is oriented toward understanding God as hidden. Later, Hopkins will write a translation of Aquinas’s “Adoro Te Devote” wherein he describes the Eucharist as “godhead here in hiding,” turning the language of divine absence to an intimate divine presence.

The first stanza opens with a liturgical act, the communal singing of psalms. Both as an Anglican and as a Catholic Jesuit, Hopkins would have spent time praying the psalms in a community whether through the Book of Common Prayer or the Roman Breviary. He then moves to the more personal prayer of a “trembling sinner,” and back to the communal worship of singing a hymn in a service. In every case, the response is divine silence and absence.

God, though to Thee our psalm we raise
No answering voice comes from the skies;
To Thee the trembling sinner prays
But no forgiving voice replies;
Our prayer seems lost in desert ways,
Our hymn in the vast silence dies.

When I read this dark inversion of hymns, I can’t help but think how much it sounds like a hymn. The regular rhythm and stanza structure reminds me of the 19th-century hymns that still fill hymnals today. In particular, I find myself reminded of Pierpont’s “For the Beauty of the Earth,” which first appeared in 1864 (two years before Hopkins wrote this poem) in a collection called Lyra Eucharistica. This collection included one of Hopkins’s favorite poets, Christina Rossetti, and the scholar, Kirstie Blair, notes that Hopkins was likely to have read it. Perhaps most convincing that this volume could be found in the Hopkins home is that it includes a poem by Manley Hopkins, Gerard’s father.

But Pierpont’s “sacrifice of praise” that is raised in response to the “beauty of the skies” turns to Hopkins’s ineffective “psalm we raise” and the dark absence of “no answering voice comes from the skies.”

We see the glories of the earth
But not the hand that wrought them all:
Night to a myriad worlds gives birth,
Yet like a lighted empty hall
Where stands no host at door or hearth
Vacant creation’s lamps appal.

Here Hopkins challenges the concept of the vestigia Dei, which presents the natural world as traces of the divine. This is surprising since so much of his poetry hinges on the idea that there is a close connection between the natural world and divine presence. I mean, this is the poet who kisses his hands to the stars as a sign of divine mystery. But in “Nondum” the lamps of creation are vacant.

Perhaps chiming vestigia as “trace” with vest as being clothed, Hopkins then moves to anthropologically describing the divinity in human concepts:

We guess; we clothe Thee, unseen King,
With attributes we deem are meet;
Each in in his own imagining
Sets up a shadow in Thy seat;
Yet know not how our gifts to bring,
Where seek Thee with unsandalled feet.

The original communal experience of liturgical psalmody has broken down to a solitary “imagining” of the divine that “sets up a shadow in Thy seat.” But there is still an attempt at community since “we guess” and we “seek Thee with unsandalled feet” (another temporal move to look back to Moses’s theophany of the burning bush). It’s almost as if the poem asks: How can we sustain a human community in the face of divine absence?

This stanza is where Hopkins sounds the most like Thomas Hardy to me. In his 1912 poem, “God’s Funeral,” Hardy has us follow as readers a “slowly-stepping train…across a twilit plain,” to mourn a god who is only a “man-projected Figure.” A Hopkins who sounds like Hardy, who was such a master of tragedy, puts us in a very dark place this Ash Wednesday. Where do we go from here?

For Hopkins, the answer seems to be even deeper into divine silence:

And still th’unbroken silence broods
While ages and while aeons run,
As erst upon chaotic floods
The Spirit hovered ere the sun
Had called the seasons’ changeful moods
And life’s first germs from death had won.

And still th’abysses infinite
Surround the peak from which we gaze.
Deep calls to deep, and blackest night
Giddies the soul with blinding daze
That dares to cast its searching sight
On being’s dread and vacant maze.

And Thou art silent, whilst Thy world
Contends about its many creeds
And hosts confront with flags unfurled
And zeal is flushed and pity bleeds
And truth is heard, with tears impearled,
A moaning voice among the reeds.

My hand upon my lips I lay;
The breast’s desponding sob I quell;
I move along life’s tomb-decked way
And listen to the passing bell
Summoning men from speechless day
To death’s more silent, darker spell.

Hope may be failing here. We are surrounded by “chaotic floods” and even the seasons are only “changeful moods.” And the speaker holds back a sob as he listens to the death knell sounding around him. Each of these are only raising a din as we are dazed by “blackest night” and the divine remains silent amidst our confusion.

But divine presence is mentioned in this section. The spirit is present and wins life from death and calls those very seasons. Look back at the opening line: “And still th’unbroken silence broods.” Brooding can have such negative connotations, but when linked with the Spirit, who is often imaged as a dove, it has a much more positive connotation of the mother brooding over her eggs. Hopkins uses this very form of brood in “God’s Grandeur.” In that sonnet, he proposes that “nature is never spent…because the Holy Ghost over the bent / World broods with warm breast and with ah! bright wings.” 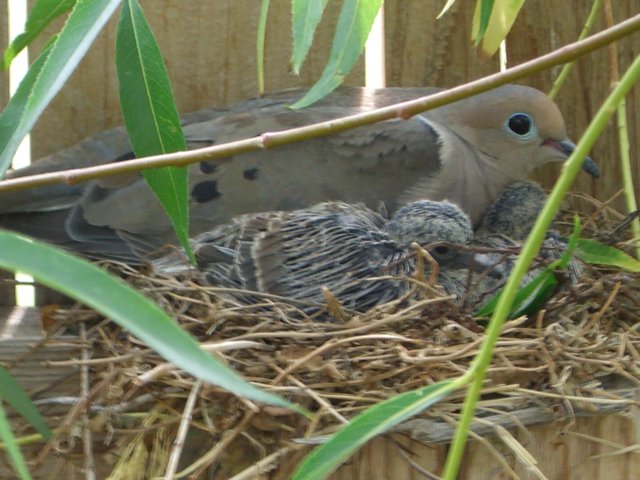 I think that hidden presence enables the turn that’s about to come in the poem:

Oh! till Thou givest that sense beyond,
To shew Thee that Thou art, and near,
Let patience with her chastening wand
And lead me child-like by the hand
If still in darkness not in fear.

Speak! whisper to my watching heart
One word-as when a mother speaks
Soft, when she sees her infant start,
Till dimpled joy steals o’er its cheeks.
Then, to behold Thee as Thou art,
I’ll wait till morn eternal breaks.

Again, Hopkins leverages the liturgical understanding of “here-but-not-yet.” The divine is “near,” but the speaker has to wait through patience.

That very patience seems to dissolve in a delightful childish way in the final stanza though. Hopkins lets the poetic voice erupt in a command for the hidden God to “speak!” But the raised voice of the poet, mirroring the raised psalmody of the first line, invites only a divine whisper, the still, small voice of Elijah. If the hidden God would only whisper to the little Gerard, then he could “wait till morn eternal breaks,” the moment where the partial absence of “not yet,” of nondum, opens into eternity.

As we enter this time of silence and waiting let’s try to hold onto the of the “dimpled joy” of a child hearing her mother’s voice.